My player is Wendy Doolan.

Another eighteen today with Annie Park. Fifty-four holes should do it.

The Pro-Am was held yesterday so we practiced during the split and after the second wave.

Touched them all on Sunday. Had the course to ourselves. Monday we played with Haru Nomura. She only played nine so had the back to ourselves once more. I thought the course would be jammed but was pleasantly disappointed.

Minnesota is the “land of ten thousand lakes” and ten billion gnats. They’re brutal this week.

Look who I found volunteering at Caddie HQ. It’s Dennis Quinn aka “Big Dennis”. Dennis caddied on tour and packed it in after the 2007 Women’s British Open at St. Andrews.

Caddies dine with the players this week and a couple items may turn out to be favorites. Custom made smoothies and milkshakes are available. 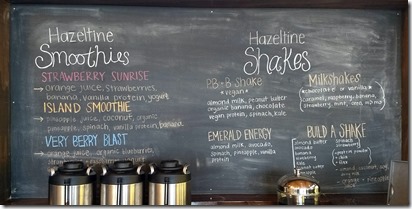 Also provided are candies from all the countries represented. Nice touch.

Long is an understatement when describing this track. The par fives (568, 512, 550, and 541) are unreachable, except for the chosen few, unless they sneak up the tees. It looks like they will.

Yardage books were made by Bucket Boy and are complementary to players and caddies this week but greens books are $100 as usual.

B-Ham (Britney Hamilton) arrived on Sunday and decided to take an Uber to the course. Didn’t seem like a problem until the bozo ran out of gas on I-394! Another Uber was called to complete the trip. The upside of the story is that a $75 ride turned into one of only $35 after another Uber was summoned. Sweet.

Pete Smith is looping for Sarah Kemp and is sporting the start of a Wilfred Brimley mustache. That’s Pete, not Sarah.

Quote of the week: After ripping her tee shot on nine today, Wendy reflected, “The ball goes pretty far when I hit it down the middle.”

This entry was posted on Wednesday, June 19th, 2019 at 2:27 pm and is filed under Uncategorized. You can follow any responses to this entry through the RSS 2.0 feed. You can leave a response, or trackback from your own site.